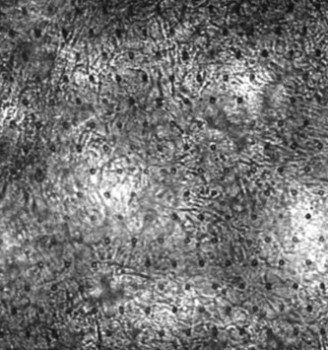 As a species, we humans share many biological characteristics that have placed us in a unique and advantageous evolutionary niche. The survival of the multicellular organism depends on the fundamental abilities to provide and distribute nutrients and to protect cells from infection or injury. The responsibility for defending the human organism from infections relies on immune system offering plethora of immune cells which play a crucial role in triggering adequate responses to the invading pathogens such as bacteria and viruses.
The process of orchestrating the immune responses requires an efficient source of energy and efficient signaling networks adjusting the energy status according to the cells and tissues requirements. Both, metabolic homeostasis and immune system influence each other through multiple mechanisms including host genetic or nutritional status and play pivotal role in adaptation to ever-changing environment. Integration of signaling pathways and cross-talks between metabolic and immune responses plays crucial role in promoting metabolic health
and limiting inflammation. Perturbation and dysregulation of above mechanisms may culminate in both acute and chronic disease processes including diabetes, acute and chronic inflammatory diseases, neurodegenerative diseases, cancer but also in sepsis and multi organ dysfunction syndrome preventing cells from ability to regenerate.
The main aims are to illustrate our understanding of the role of metabolism in immune responses and identification of molecular signatures shaping cells' immune phenotypes. The concept of this pilot study is whereby it is possible to reprogram cells' metabolism towards the less inflamed phenotypes by using small molecules, metabolic intermediates and anti-inflammatory drugs targeting metabolic pathways.
The study is an animal-free research using human primary cells and based on organ-on-a-chip research model to create the most physiological environment to observe dynamic immunometabolic interactions between primary human monocytes activated with pro-inflammatory primers and lung epithelial and microvascular endothelial cells.
It could create an illustration of bidirectional interaction between lungs and inflamed monocytes and changes in their inflammatory and metabolic landscape characterised by proteonomic and metabolomic analysis.
Monocytes in response to primers such as lipolysacharide and benzylated ATP release highly pro-inflammatory cytokines such as Il-1β and IL-6. It is known that synthesis of IL-1β involves mitochondria acting via NLRP3 inflammasome platform. Mitochondria are called the powerhouses of the cell as they are responsible for energy production. Mitochondria are also in the crossroad of bacterial, viral and sterile inflammation pathways.
Drugs suggested for metabolic reprogramming target specific metabolic pathways. Rapamycin, Metformin, Methotrexae, Dimethyl Fumarate are widely used in patients due to proven anti-inflammatory properties and metabolic modulation effect. 2DG (2 Deoxy-D-Glucose), TEPP-46 (PKM2 activator) and DMM (Dimethyl malonate) target the enzymes of glycolysis and Anakinra (antagonist of IL-1β receptor) or Eculizumab (anti IL-6 receptor) are the new promising anti-cytokine treatment.
The study aims to elicit the nature of cross-talk between immune responses and metabolism, the effect of metabolic reprogramming and provide interesting data allowing pursuing further studies and creating new avenues towards translational medicine and personalised patient treatment.