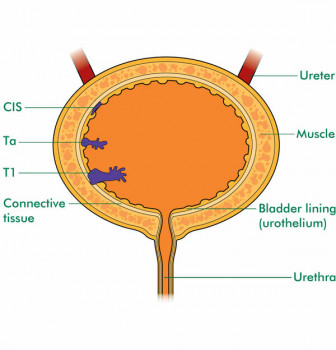 The bladder is a deceptively simple organ at the centre of significant disease burden. Bladder cancer was responsible for 188,000 deaths, and UTI 196,000 deaths when last reviewed in 2015. Central to the pathogenesis and therapy of bladder disease is cell death, which makes these conditions particularly amenable to in vitro study. Even so, animal experimentation remains a significant aspect of research into bladder disease, despite the availability of in vitro models.

For example, there are several lab models of catheter-associated UTI. However, although these models can incorporate urine and are useful for the study of bacterial biofilm formation on catheters, they do not incorporate mammalian cells, thereby missing a fundamental element of UTI. Likewise, for studying the uroepithelium researchers commonly resort to using the human bladder carcinoma cell line, T24, in monolayer culture.

These models don't represent the normal, non-cancerous bladder and fail to recreate the important physiological conditions represented by multi-cellular tissues and urine within the bladder (electrolyte and pH variability, pressure and flow). We shall address these shortcomings by developing a more sophisticated model of the human bladder and making this model available to the scientific community, in order to achieve its Replacement potential.

Objective 1 - Establish the model based on Emulate organ chips by growing the non-cancerous HBLAK cell line on the apical side of the chips to form a differentiated and stratified tight uroepithelium
Objective 2 – Replace culture medium with artificial urine (Surine™) using flow to simulate filling and emptying of the bladder with associated effects of stretch and pressure – forms the basis of future experiments of UTI
Objective 3 – Introduce tumour cells into the model alongside HBLAK cells in different proportions until the uroepithelium is representative of human bladder cancer - forms the basis of future experiments of human bladder cancer.