Generation and validation of a urine-derived, personalised kidney-on-chip model for kidney disease and nephrotoxicity. 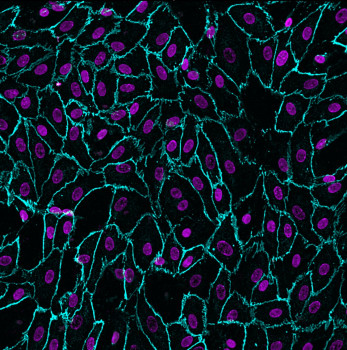 The impact of drug-induced kidney injury (DIKI) on clinical practice is epitomised by the nephrotoxicity of common chemotherapeutic agents (such as cisplatin). Their efficacy is dose dependent, but the high risk of nephrotoxicity frequently hinders the use of higher doses to maximize their antineoplastic effects. It is estimated that high-dose cisplatin can cause severe renal dysfunction in about one third of patients. Without an effective strategy to successfully mitigate DIKI risk, it becomes of pivotal importance the possibility of identifying those individuals who are more susceptible to developing DIKI. Genetic variation could play a role in the variability in patient response and a number of pharmacogenomics studies have attempted to associate specific genotypes to DIKI, but without enough stringency to warrant clinical application. Fully personalised, in vitro kidney models could prove invaluable in the identification of cancer patients with increased risk of DIKI.

The most promising current kidney-on-chip models, which hold enormous potential in nephrotoxicity studies and in the investigation of pathomechanisms and treatments for kidney disease, are based on primary kidney cell lines, as they most closely mimic the physiological state of in vivo cells. A limitation of these models is that invasive procedures such as nephrectomy or biopsy are required to access primary kidney cells and therefore limits the possibility of generating fully personalised kidney-on-chip models. We will overcome these limitations and generate an enhanced kidney-on-chip model based on primary renal epithelial cells sourced directly from urine.

Cells exfoliate daily from the epithelia of different parts of the urinary tract (including the kidney) and can be found in the urinary sediment. 2D or 3D cultures can be established from human urine specimens and we have shown that they represent extremely powerful personalised models for drug testing as well as to study pathomechanisms of renal ciliopathies such as Polycystic Kidney Disease (PKD).

It is essential that kidney cells derived from urine retain the expression of renal-specific transporters, in order to recapitulate in vivo physiology, for the study of drug efficacy and toxicity. We have evidence that, when grown in a setting that allows establishment of apico-basal polarity, such as Transwells, these cells express kidney-specific genes.

With this POC project, we will verify if growing urine-derived renal cells in a microfluidic chip leads to increased functional maturation of these cells, therefore paving the way for an accurate, fully personalised model for nephrotoxicity and kidney disease studies.

The data obtained with this pilot project will be used to apply for larger project grants to MRC and BBSRC. We will build on the complexity of the urine-derived kidney-on-chip model and we will study the response to cisplatin of models from different cancer donors and relate it to the nephrotoxic response in vivo. Models from different genotypes will also be used to validate recent GWAS findings on DIKI.