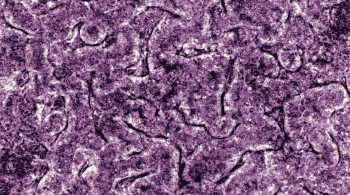 Despite the many vaccines and drug treatments now available, infectious diseases caused by bacteria, viruses, and parasites continue to cause major harm to human health on a global scale. Less well recognised is that fungal infections also cause a large number of human deaths every year, but not much research into this problem is being carried out at present. Worryingly, the threat posed by new fungal pathogens is perhaps even greater than that linked to bacteria and viruses, since we have no vaccines against fungi and there are very few treatment options available. For many years this has not been a major concern, mainly because our warm blood makes it difficult for fungi to grow inside the human body, but climate change is now helping fungi adapt to growing at higher temperatures and cause new types of infection (which are very dangerous in people with weak immune systems). As a result, we urgently need to improve our current methods of researching anti-fungal immunity so that we can prepare for likely outbreaks of new diseases in the years ahead.

Recent studies have shown that most humans carry Candida fungus around in their intestines without getting sick. Instead, we use this Candida to set-up immune responses against other types of fungus and keep ourselves healthy. Unfortunately, current research into anti-fungal immune responses is mostly done using lab mice that don't have Candida in their intestines, so these animals don't deal with fungus in the same way that humans do. Our lab also made the recent discovery that a special type of immune cell in humans called 'Vδ2' is very good at blocking fungal growth in test tubes, but this cell type is completely missing in lab mice! In order to work out how Vδ2 cells protect against fungi, we need to develop new types of experiment that do not rely on lab mice. To do this, we want to use Emulate's 'Organ-on-a-chip' system to investigate how blood Vδ2 cells get into the human intestine and prevent fungal invasion from the gut. We think that this will be very important for understanding problems like inflammatory bowel disease (IBD), since patients with IBD are often deficient in Vδ2 cells and have a major build-up of Candida in their intestines. Over the longer term, the Emulate system will also be very useful for working out how gut fungi are sometimes able to travel into the bloodstream, which is often lethal in human patients with weakened immune systems (e.g. during chemotherapy for cancer).

Altogether, this work will help us make important progress with current research, but also establish a new way of studying anti-fungal immunity in the human gut that includes cell types not found in mice. This information will be extremely useful for getting grant funding to support future projects that will study how different types of gut fungi affect IBD, and perhaps also convince other labs that there are now better ways to study human anti-fungal immunity that do not involve laboratory mice.